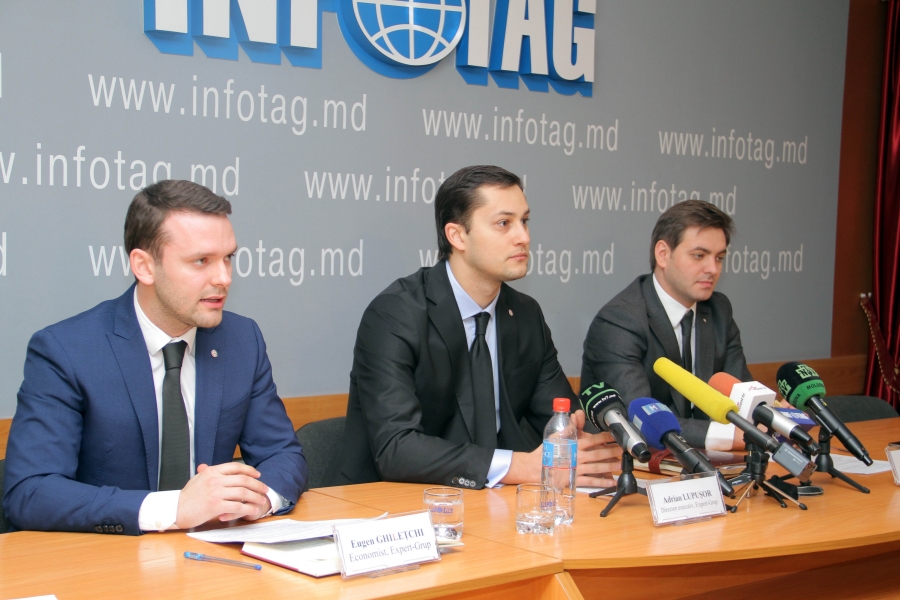 In the second half of 2016 the economic discussions on the public arena were mainly focused on the negotiation and subsequent signing of the Memorandum with the International Monetary Fund. As expected, after the 2014-2015 banking crisis that led to the liquidation of three banks, the financial and banking sector was in the spotlight of the discussions with the International Monetary Fund. Thus, the default risk of the national budget made the authorities aware of the constant pressure coming from Moldova’s main development partners, but also from the civil society aimed at recovering the situation in the financial sector. These factors forced the decision makers from Chisinau to take important measures for the reform of the financial sector.

After the 2016-2017 Action Plan on the Rehabilitation of the Banking Sector was made public, Expert-Grup made the commitment to monitor continuously the activity of the empowered public authorities as part of the financial sector reform. In this context, the third issue of the monitoring report synthesizes and introduces the main actions taken by the authorities in order to strengthen the financial regulatory framework during August - December 2016. The report also analyses the measures taken, highlights the potential risks that could undermine the stability of this sector and makes recommendations on how to enhance the efforts of reforming this sector.

The monitoring focused on the following actions identified during the reference period:

1. Signing of the Memorandum with the International Monetary Fund;
2. Changes in the shareholding and management of some banks;
3. Conversion of Government guarantee into public debt;
4. Development of a draft new law on preventing and combating money laundering and terrorism financing;
5. Approval and enforcement of the new framework for financial stability and passing of the Law on Central Depository.

Each of the aforementioned actions will be analysed hereinafter through the lens of their meaning and implications on the sector, as well as by looking at the aspects that are worth encouraging and that can be improved.

An important accomplishment that took place in the monitored period, relates to the publishing of the Law regarding banking activity and investment companies, on 30 December 2016.The draft law was developed within the Twinning project, financed by the EU in partnership with the National Bank of Romania and the Dutch Bank.

The draft law, will come to substitute the Law on financial institutions no. 550-XIII from 21 July 1995, laying the foundation of a new legislative framework that will transpose the provisions of Basel III, and will establish new fundamental rules for the activity and supervision of the banking system. At the same time, the draft law seeks to implement the highest standards and international practices relating to the licensing, regulating and supervising processes of the National Bank of Moldova (NBM). Due to the fact that the draft law is undergoing the consultation procedure with the relevant authorities, the final version of the document will be analysed in depth in the following edition of the Financial Monitor.

The last part of the report contains conclusions and recommendations on the continuation/advancing of the financial sector reform.

This document is published by the Independent Think-Tank EXPERT-GRUP with the financial support of the Netherlands Embassy in Bucharest. Opinions expressed in this document belong to the authors and are not necessarily the opinions of the donors.