The Bridge over the Prut, version 2.0: the electricity interconnection between Romania and Moldova 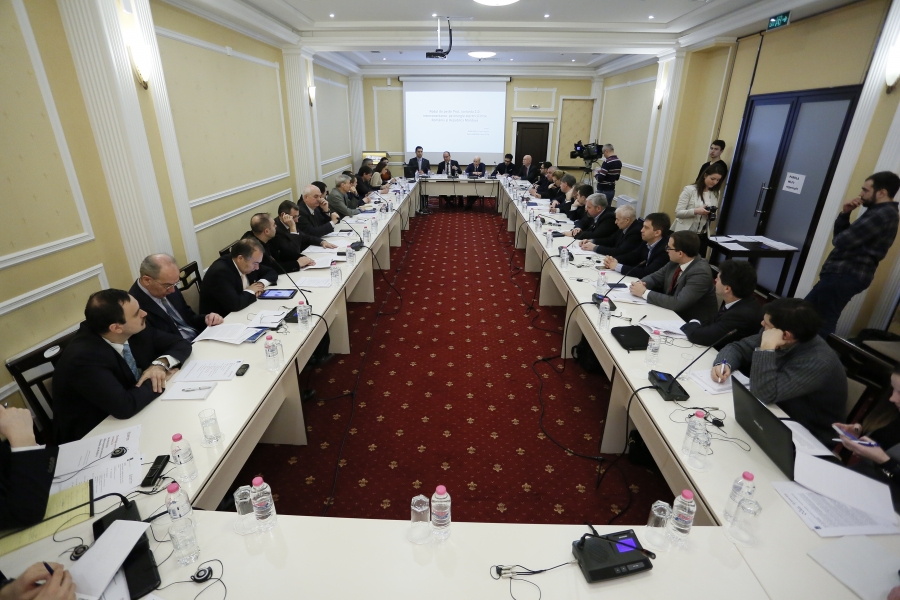 Moldova’s electricity sector remains vulnerable and weak because of corruption, dependence on unreliable suppliers which abuse their dominant position, and unfinished liberalization. In fact, the rules of the game in the sector are incomplete and discriminatory, at the expense of the Moldovan taxpayer or small consumer. A recent example is the controversial tender for electricity imports in early 2016. Moldova continues to purchase energy from Transdniester, which pushes up the consumption of non-paid gas. The irresponsible behavior of players in the separatist region – with the blessing of Chisinau – increased Moldova’s total gas debts to the Russian Federation, which are now as high as 80-90% of the country's GDP. Delays in dealing with the issues of mismanagement and corruption in the energy sector burden the whole economy of the country, far beyond the energy sector.

The full implementation of the European rules of the Third Energy Package can be a powerful tool to clean up the sector of dubious contracts. Thus, European directives require to strengthen the energy regulator ANRE, so that it can design and enforce fair rules on the market; to unbundle the interests of suppliers from networks, to commercialize the sector through liberalization and competition in the wholesale and retail markets. But the liberalization required by the Third Energy Package is neither feasible, nor in the benefit of consumers, if just a few suppliers have physical access to the market, as is now the case for electricity imports, and consumers have no choice. Similarly, competition in the market cannot be free and transparent without a regulator to ensure level play, e.g., by ensuring non-discriminatory access for all suppliers to transmission and distribution grids or requiring that all suppliers have clean balance sheets, with no debts and arrears to suppliers, in order to obtain or keep their licenses. In other words, the energy sector reform consists of simultaneous efforts to increase the number of suppliers in the market; build competitive market mechanisms and appropriate instruments; strengthen the regulator; and liberalize the sector. In this report, we focus primarily on the institutional prerequisites to be met before Moldova can be physically connected to the Romanian electricity grid and access competitive energy from Romania, providing Moldovan consumers with more choice and enhancing Moldova’s energy security.

1. Completing the physical interconnection does not make much sense if European (Romanian) suppliers have no guarantee that they can compete fairly with the incumbents. It is critical to set up a clear, transparent, competitive and internationally-observed procedure for electricity imports and to eliminate offshore energy intermediaries like Energokapital, which provides energy to now regulated consumers at non-transparent prices and builds up Moldova’s gas arrears.

2. The energy regulator must be strengthened. The real political will would become apparent at the appointments of ANRE’s leadeship, while the regulator would really be independent if it could effectively withdraw Energokapital’s licence without fear of reprisal, perform an in-depth analysis of what happens with the energy contracts in the market, and could approve tariffs regardless of what the politicians say.

3. The feasibility of the interconnection project consists not only of fine engineering technicalities, but depends critically on how adequate is the institutional setup of the sector. To avoid the mistakes that delay the effective functioning of the gas interconnector Iasi-Ungheni-Chisinau, one must clarify right from the start: who owns the interconnector, who pays, how to charge the users, what are the company's responsibility to customers, suppliers, government, financing institutions and how the responsibilities for cross-border regulation should be split between the Moldovan and Romanian ANREs.

This document is published by Expert Grup and Expert Forum with the financial support of the Netherlands Embassy in Bucharest. The opinions expressed in this document Opiniile are solely those of the authors and do not necessarily represent those of the donor.
Authors:
Tags: