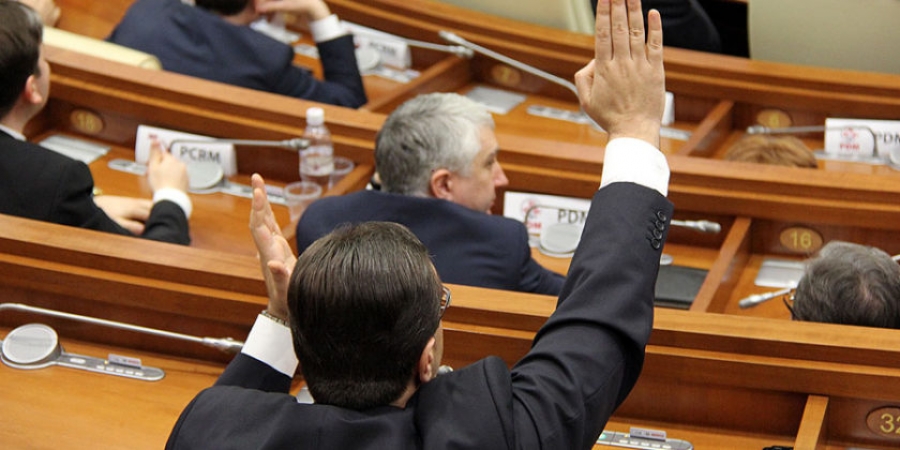 The adoption of the Draft Law no. 452 on capital liberalization and fiscal stimulus, which basically provides for a quasi-amnesty of tax liability and a capital amnesty, and of the Draft Law no. 451 linked to the Draft Law no. 452), poses imminent risks for the Republic of Moldova, whose materialization will undermine the long-term development of the country. These risks refer to compromising of the rule of law and the fight against corruption, the increase of opportunities for corruption in the public sector, the legalization of money laundering and tax evasion, the increased erosion of the reputation of the banking sector, and the chill in the ties with development partners. The main source of these risks lies in the liberalization of capital without the possibility for the State to verify the origin of declared assets and in the inclusion of public officials among the subjects of the capital liberalization. In a rule of law state, corruption cannot be legalized.

Moreover, the first reading of the Draft Laws no. 452 and no. 451 was carried out in breach of the main rules of transparency in decision-making and legislative drafting. The bills were not accompanied by an impact assessment, including the analysis of the impact of the 2007 amnesty, were not subject to public consultations, did not receive the Government’s opinions prior to the advancement, and were not accompanied by anti-corruption expert review. The Parliament registered both bills on December 1, 2016, and passed them in the first reading already on December 16, 2016. Such a rush is unprecedented. Considering the complexity and the risks posed by the bills, such a hasty promotion in defiance of the rules of legislative drafting and public consultation of the bills raises big questions about the true purpose of the authors, including its connection to the ways of legalizing the assets obtained from the bank frauds of 2014 and to the intention of nullifying the potential positive impact of the “Integrity Package” adopted in the summer of 2016 on corruption in the public sector. In addition, the hasty promotion of the bills in the context of the massive increase of tax arrears in 2016 raises a justified suspicion that the tax amnesty is hastily promoted for those legal entities who knew/were informed about a possible tax amnesty beforehand.

In this context, we request the authors of the Draft Laws no. 451 and no. 452 to withdraw them, despite their adoption in the first reading.

If the authors of the Draft Law no. 452 truly wish to improve the investment climate, to increase investment flows toward entrepreneurial activity, and to reduce the shadow economy, as they claim in the explanatory note, they must come with thoroughly thought bills consulted with all interested parties and with sufficient mechanisms for excluding the risks of increasing corruption, money laundering, and tax evasion.

Therefore, we request the Parliament to organize extensive and transparent consultations with civil society, development partners, private sector and other relevant actors with a view to a thorough review of these bills so as to completely exclude the risks identified in this paper and other risks that other actors may identify. We would like to reiterate the importance of involving civil society in decision-making and the obligations assumed by Parliament to observe the rules of transparency in decision-making. The Parliament has already infringed the rules of transparency in decision-making when it passed in the first reading the Draft Laws no. 451 and no. 452. Advancing them in the second reading without public consultations required by the law will demonstrate that the Parliament itself and every Member of Parliament who will vote for the bills in the second reading do not observe the law. This will further undermine the public trust in the Parliament and the legitimacy of its current composition, and will be a clear indicator of the absence of a genuine rule of law in the Republic of Moldova.

We also request the initiation of a comprehensive reform that would considerably diminish the shadow economy. This must be the purpose of policy makers and the tax and capital amnesty should not be an end in itself (as it is currently perceived). The reform should provide for much more fundamental and effective actions than the proposed amnesty, such as:

• The development of the electronic payment system and the discouragement of the utilization of hard cash;
• A further improvement of the tax administration and the drafting of a new Tax Code that would be consistent with best international practices;
• The increase of the size of fines; the strengthening of the authorities’ capacity to identify cases of tax evasion and informal employment or remuneration; and a potential extension of penalties for informal employment to workers;
• The revision of tax rates with a view to a possible adjustment to boost tax compliance and to reduce the benefits of tax evasion;
• The increase of public awareness and information about the risks of tax evasion and informal employment;
• The increase of the efficiency, sustainability and transparency of the retirement system;
• The increase of transparency in the issuance of authorization documents for companies, and the reduction of the discretionary powers of civil servants in this respect;
• The reform of government control mechanisms by reducing their numbers and increasing their efficiency and targeting;
• Other relevant actions consistent with best international practices in this field.