Monitoring report on the implementation of the Priority Reform Action Roadmap 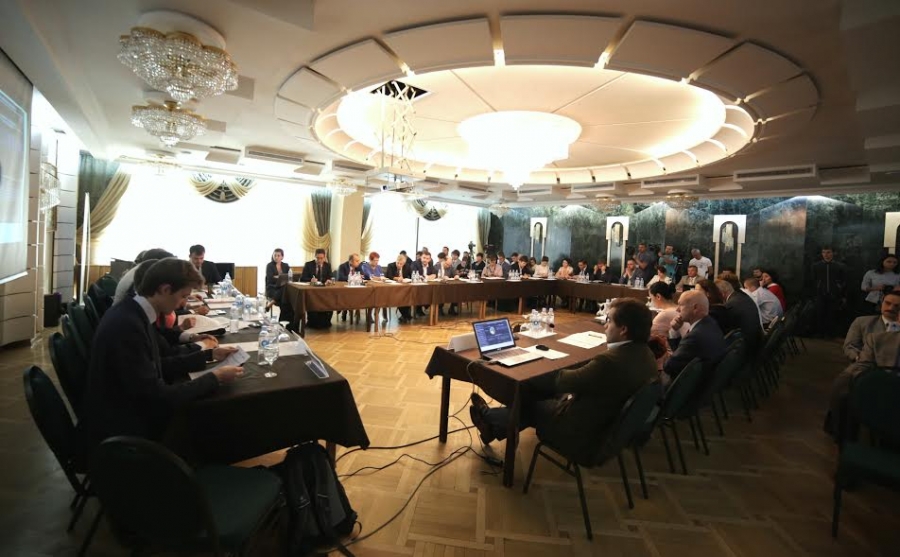 The Association for Participatory Democracy ADEPT, the Analytical Centre "Expert-Grup" and the Legal Resources Centre from Moldova (LRCM) produced a final monitoring report on the Priority Reform Action Roadmap. The experts have concluded that only half of the committed activities have been achieved without deficiencies (55%), 28% were achieved with deficiencies and approximately 17% were not achieved. The main arrears remain the NAC reform, adoption of a new Audiovisual Code, the slow progress of the investigation regarding the frauds detected in the banking system in 2014, the slow reformation process of the NBM and failure to negotiate the best price for electricity supply.

When estimating the implementation of the Priority Reform Action Roadmap, the main emphasis was put on the quality of the adopted acts/undertaken activities, rather than on meeting the established deadlines, because they were often very tight. Qualifying the implementation of an activity as “implemented with deficiencies” means that during its implementation there have been identified problematic issues related to: respecting the legal provisions regarding the legislative procedure and the transparency in the decision making process, the content of the adopted act or the undertaken activities do not comply with the spirit or the goal of the respective activity or are not in line with international commitments.

Among the main achievements can be mentioned: the promulgation of the law on the prosecution office, on the reorganization of the court system and of the package of laws on integrity, the optimization of state controls for enterprises, the adoption of the Strategy for attracting investments and promoting exports for 2016-2020, the initiation of the reformation process in the banking sector by aligning to the principles of Basel 3, "unfreezing" the negotiation process regarding a potential IMF program, the initiation of the public administration reform, and, last but not least – the relatively transparent and inclusive selection process of the Governor and members of the Supervisory Board of the NBM.

The majority of activities included in the Roadmap are of a legislative nature or provide for adoption of certain strategies / plans. Such activities are the easiest to implement. However, even at the legislative level, important outstanding matters/ arrears remain. These include the lack of initiatives to reform the National Anticorruption Centre, failure to adipt a new Audiovisual Code (one of the major outstanding matter of all governments since 2011 to the present), slow progress of the investigation regarding the frauds detected in the banking system in 2014, the slow reformation process of the NBM oriented towards increasing its independence and competences, as well as the slow implementation of the Association Agenda. In the energy sector, due to the lack of transparency in renewing the contract with the supplier from the Transnistria region and the rejection of the offer of the Ukrainian provider, the price negotiated was not the most advantageous.. There were some problematic laws or amendments adopted, which leave space for abuse if not implemented in good faith, such as the Law on institutional integrity evaluation and the limitation of judges’ discretion in civil procedure, which could lead to violations of the principle of publicity of court hearings.

Besides assessing the level of implementation of the Roadmap, the monitoring effort sought to assess the context in which the Roadmap was implemented, to signal the problems related to implementation of the committed activities and to formulate recommendations that would boost reforms and ensure their sustainability. In this regard, the competent institutions are encouraged to consider and implement the recommendations, thus demonstrating genuine openness towards the civil society and political willingness to continue the committed reforms. The report includes a series of priority reforms, to be implemented by the authorities by the end of 2016, as well as some medium term recommendations.

The monitoring results regarding the implementation of the Roadmap can be viewed online via an interactive application available here: www.expert-grup.org, available in Romanian, Russian and English. The final monitoring report is available here and also on the websites of each of the monitoring organizations (www.e-democracy.md and www.crjm.org).

The monitoring exercise was possible by the generous support of the American people through the US. Agency for International Development (USAID). The views and opinions expressed herein are those of the authors and do not necessarily reflect those of USAID.

CRJM, Nadejda Hriptievschi, tel: 022‐843‐601, ext. 102, email:   This email address is being protected from spambots. You need JavaScript enabled to view it.