Why the record-breaking economic growth should worry us? 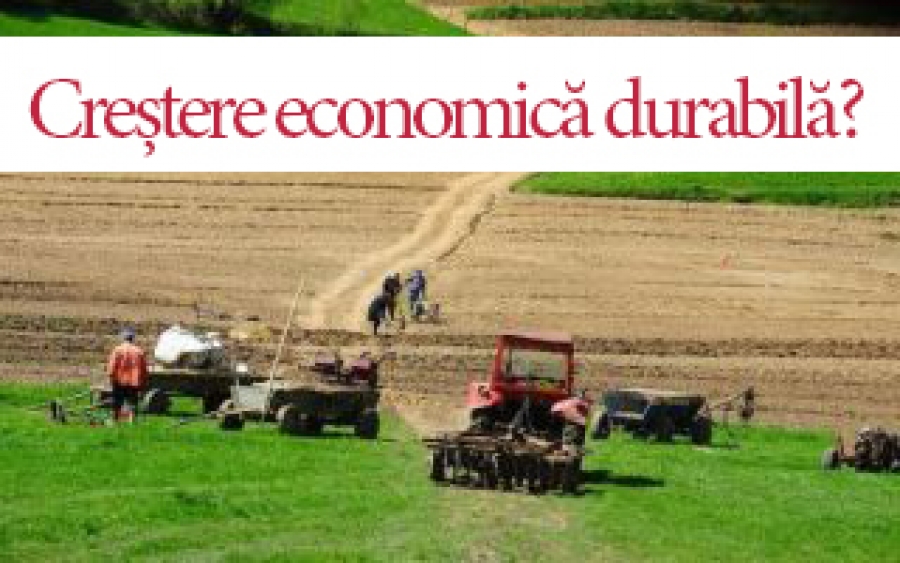 According to the preliminary data provided by the National Bureau of Statistics (NBS), published on 17 March 2014, Moldovan economy grew in 2013 by an impressive 8.9% rate, the highest growth recorded so far and one of the fastest evolutions in the region. Without undermining the importance of this economic momentum, we will point out the challenges that lay behind this GDP growth and what are the expectations for 2014.

Concern #1: Growth is not sustainable

Taking a closer look at the GDP growth structure, we can deduce that the main factors that fueled the 2013 growth are expected to dissipate in 2014, severely challenging the growth evolution in 2014. In particular:

Therefore, without the mentioned cyclical factors that drove up the economic growth and which had a temporary effect, the Moldovan economy would have grown by only 3.0%-3.5%. Given the dissipation of these factors in the near future, in 2014 we can expect a similar growth pace (about 3.0%) and a stagnation in the agriculture sector. Such a growth level is certainly not sufficient to ensure a convergence to the GDP/capita levels from the region. Actually, for a balanced and stable development, Moldovan economy should grow at least twice as fast.

Concern #2: Growth is not inclusive

Despite the average increase in the industrial production by 6.8% in 2013, the sectors representing half of the gross added value to the sector remained trapped in recession. In part, these imbalances were induced by a similar ambiguous evolution of exports. Despite the 11% growth in total exports in 2013, more than 40% of the Moldova’s exports were in decline (see more in our latest monthly review – Real Economy for February 2014 #44).

Moreover, the economic recovery has not properly reflected in job creation. The slight increase in the employment rate from an average of 38.4% in 2012 to an estimated average of 39.3% in 2013 was entirely due to increased employment in rural areas, as explained by the agriculture sector growth. Meanwhile, employment rate in urban areas declined from 43.6% in 2012 to 42.8% in 2013. Therefore, the fading recovery in agriculture will bring a much more modest expected performance in 2014 for the employment rate, which most likely will remain close to current levels - one of the lowest in the region.

Concern #3: The high growth has created an "uncomfortable” comparison base

Such a rapid growth, mainly fueled by cyclical (short-term) and not structural (long-term) factors is difficult to maintain over time due to the high comparison base. This is particularly relevant to the agriculture sector, which, after a staggering 41% growth in 2013 might stagnate or decline in 2014. Therefore, in addition to systemic weaknesses, this year’s GDP growth will be undermined by purely arithmetic factors.

Although economic growth in 2013 is, at first sight, an impressive one, its structure suggests a series of challenges Moldovan economy will face in the near future. In particular, the economic growth was determined by amassing several situational factors (agriculture recovery and depreciation of the local currency), without which the economy would have grown by only 3%-3.5%. Moreover, economic growth has not been an inclusive one, i.e.[1] industries which provide nearly half of the industrial production remained in recession, as well as exports to about 40% of foreign markets. In the same time, this growth pace has nurtured a baseline that will be difficult to maintain in the current year. Given the mentioned constraints, we can expect an essential slowdown of the economic growth in 2014, estimated to about 3.0%. Nonetheless, even this forecast is subject to major external risks largely associated with the worsening economic situation in Russia and Italy, which could further undermine demand for exports and inflows of remittances. Simultaneously, the uncertainty associated with the currently tensioned situation in Ukraine and the ongoing elections will affect investment activity, with further repercussions on the economic growth. These risks need to be taken into account by policy makers in the implementation of economic, monetary and fiscal policies.

This material has been developed by the Independent Think Tank EXPERT-GRUP with the support of the “Open Society” Foundation, within the  2013/2014 Institutional Support project. Authors are solely responsible for the views and opinions expressed in this document, which may not be necessarily shared by the donors.