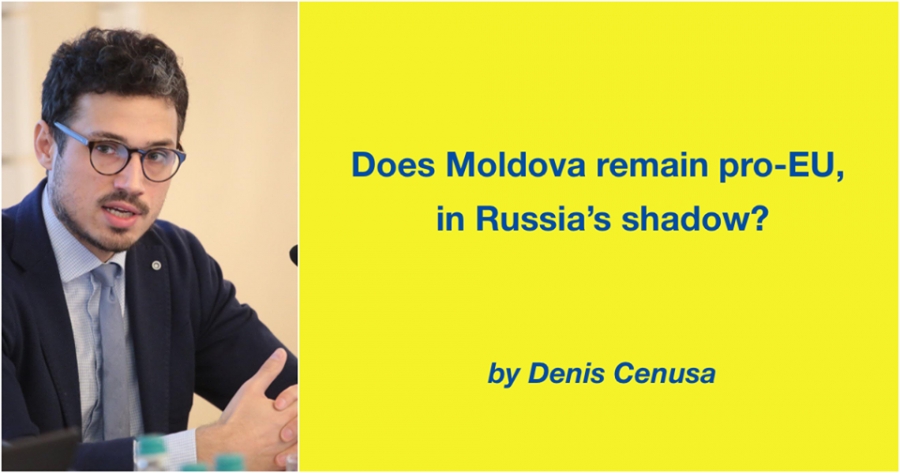 The path towards European integration in Eastern Europe moves away from the standardized binary “black-and-white” conventional geopolitical thinking. According to this view, advocating friendship with Russia does not mean converting a government into an anti-EU player. Instead, this amounts to a more nuanced and pragmatic relationship, less romanticized on both sides.

The Moldovan case is very telling in this regard. After the pro-reform government of Maia Sandu fell as a result of the non-confidence vote in November 2019, the Socialists were ready to take over the reins of power (3DCFTAs, 18 November 2019). Everyone in Moldova and outside felt the risk that the country could slip quickly and profoundly under Russia’s influence. But guided by pragmatism, while the Socialists prioritized the restoration of ties with Moscow, they sought to do so without any immediate or longer-term break with the EU. The principle of a “balanced foreign policy” serves to ensure enough geopolitical elasticity (IPN, September 9, 2019).

The dialogue with Russia is gaining substance, though maybe slower than expected. For the first time in a decade, the legislative and executive branches of the power contribute to the rapprochement with Russia, both political (through observer status with the Eurasian Economic Union) and economic (gas, trade, loans for infrastructure). Governing with the political backing from the disintegrating Democratic Party, the Socialists Party points to support for Russia’s foreign policy discourse. Nevertheless, it carefully avoids the security-related issues, apart from Moldova’s neutrality status and the Transnistrian conflict, in both of which the Socialists gives Russia a leading voice.

The wall of mistrust

Viewed as a resumption of Russian influence, the government is unable so far to charm the EU. The European counterparts display a combination of mistrust, exigency and criticism. On the occasion of Moldova’s Association Committee in February 2020, the EU side expressed appreciation of trade-related progress, but was still concerned over justice reform, anti-corruption policy and the banking fraud investigation. The EU demands tangible reforms, with or without geopolitical loyalty. The political forces around ex-Prime Minister Maia Sandu and the civil society are also dissatisfied with the same key reforms.

The Socialists-led government tries hard to overcome this ‘wall of mistrust’, maintained by the EU until reforms begin to materialize. The governmental program and the official discourse make clear that the Socialists see a huge utility in the European agenda. “Assessment based on concrete actions” is what the Prime Minister Ion Chicu demanded from the EU during the EU-Moldova Association Committee, in February 2020 (Gov.md, February 2020). Moreover, he emphasized that European integration is “Moldova’s greatest chance to transform the institutions and practices”(Euronews, February 11, 2020). Seemingly unhappy with the East-West binary generalization of the geopolitical landscape, the prime minister requests factual criticisms rather than just assumptions. Similarly, President Igor Dodon has even declared that “certain” EU ambassadors show political bias, in favor of the opposition. He invoked such actions as “misinforming” and “blocking relations with Brussels”, and curbing European financial assistance to Moldova (RadioChisinau, February 14, 2020).

It is unclear if the President’s attack targeted the head of the EU Delegation to Chisinau, Petro Michalko. Recently the ambassador indicated that the government of ex-Prime Minister Maia Sandu was rated better than other governments, including the incumbent one (Unimedia, February 14, 2020). The European diplomat is continuously stressing that the effectiveness of reforms is what matters most.

The attitude towards the EU sounds more pragmatic than ideological inside the ruling elite. The government values European integration because it helps to compensate for the state’s incapacities. At the same time, it dislikes the biased views among EU stakeholders against the ongoing reforms, perceived as insufficient, slow or insincere. However, the new government’s report on its first 100 days, published in February 2020, provided very little evidence ambitious reforms that would confirm that it’s EU-orientation.. At the same time, the opposition is pushing the EU to stay attentive, while fighting back against the “balanced external policy” of the Socialists by drafting a declaration reconfirming the “irreversibility” of the European vector (Unimedia, February 18, 2020).

To conclude, there is no evidence that the government under the Socialists Party is planning to destroy the Association Agreement with the EU. Without a doubt, the ruling party would achieve a more positive external response if it increased the legitimacy of the reforms by engaging more with the opposition and civil society. Credible steps to disassemble the ‘wall of mistrust’ would be better than just complaining about it.