Cancelling "zero duties" for Moldovan products: Is Russia right or not?

Russian government adopted a decision that grants the right to impose customs duties on 19 product categories of Moldovan imports (meat, farming production, sugar, wheat, beer, wine, furniture etc.), despite the existence of a free trade area within the CIS. Therefore, as of September 1st 2014, the taxes applied for these product categories will level those from other WTO countries (“the most favored nation clause”). Authorities from Chisinau acknowledged that Free Trade Agreement within CIS is a ”vulnerable” document, since it includes "certain annexes"[1] used by Russia to justify the annulment of “zero duty” on Moldovan products. In this commentary below, we will briefly review the situation while attempting to identify how legitimate is Russia's decision.

As we commence, it is important to note that after a series of actions of non-tariff matter that allowed import restrictions on wines, canned goods, prepared meat and fruits, it is for the first time that Russia applies prohibitive tariff tools in its trade relations with Moldova. At the same time, we should stress that non-tariff measures related to quality and safety of goods initiated frequently, especially after the initialling of the Association Agreement with the EU, are temporary decisions. The matters are different in case of the "zero tax", which relates to budget process, ie revenues that form the state budget, including import duties’ collection. Therefore, the latter could take more time (during one budget cycle) than the restrictive non-tariff measures operated by RosPotrebNadzor and Rosselkhoznadzor (Russian federal services responsible for quality control and compliance with sanitary requirements).

Although there is an obvious political and geopolitical tint, as invoked by the local public opinion, the “zero duties” problem refers to other aspects too, which we are detailing below:

We conclude that eliminating "zero duty" for Moldova can trigger a chain reaction with a stronger impact than one which can be currently anticipated. The effects may cover not only Moldova’s trade with Russia and other CU, but also trade between the CIS countries in general. Similarly, Russia has once again proved its unpredictability and lack of credibility as a trading partner. Russian gesture also shows the need to assess the economic importance of CIS and to propose a review of the existing Free Trade Agreement aiming to ensure equal respect for interests of the signatory countries. Otherwise, the initiatives of abandoning the CIS will become louder, especially in the context of the upcoming elections’ campaign. 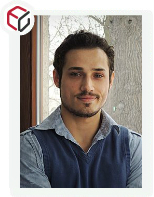 Denis Cenușă
This email address is being protected from spambots. You need JavaScript enabled to view it.
Reach him on Facebook
Twitter: @DionisCenusa
Authors:
FaLang translation system by Faboba