Who are the winners of the first call of Youth Essay Prize Competition organized by Expert-Grup in partnership with CEPS? 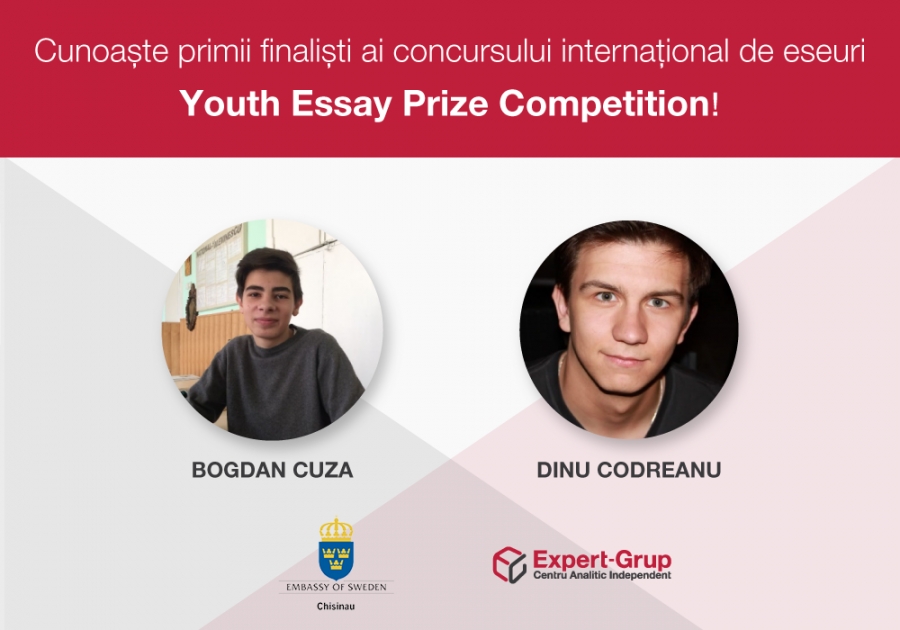 The Independent Think-Tank Expert-Grup in partnership with the Centre for European Policy Studies (CEPS) from Brussels announce the winners of the first call of Youth Essay Prize Competition.

From the first call two prizes have now been awarded, to:

We congratulate both authors. The jury remarked: “Dinu’s essay is a very professional piece of policy analysis. Bogdan’s essay is a remarkably mature and moving contribution from a high school student”.

We remind you that the competition was announced at the beginning of 2017 with a first cut-off date of 31 March, with a view to holding a second call to follow later in the year. The essays had to be of a good analytical and linguistic quality, and preferably on a theme where the author was able to demonstrate knowledge in some depth through studies, research or professional experience.

Second call: submissions are now invited, following the same guidelines as indicated here. Submissions can be addressed at any time up until 31 August 2017, by e-mail to This email address is being protected from spambots. You need JavaScript enabled to view it. . There remain up to four prizes to be awarded.