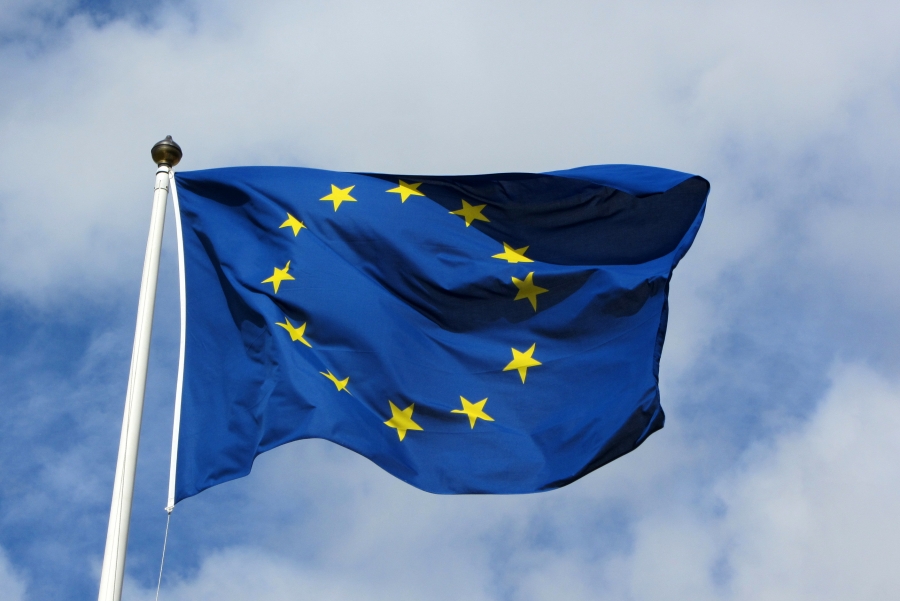 On the eve of the Eastern Partnership Summit in Vilnius, the Parliament of Moldova adopted a declaration to support Moldova’s European integration process. Essentially the document is a logical continuation of the „Pro Europe” manifestation of 3 November and aims to reaffirm the importance of the European integration vector initiated back in 2005.

However, political elites and society are more dispersed than ever around this desiderate. Thus, if in 2005 a similar declaration was voted unanimously, this time it was supported by only 58 of the 101 Members of Parliament. Also, according to the polls, the share of people in favour of European integration is similar to the share of people that inclines towards Euro-Asian integration. At the same time, a large part of the population is still undecided. This can be explained by people’s low level of awareness regarding the European integration process. As a result, the society is dominated by a number of myths about the implications of signing the Association Agreement with EU, which fuel people’s reticence about this process. In this analysis we will debunk five such myths.

One of the main arguments against the signing of the Agreement Association with EU and in favour of joining the Customs Union of Russia, Belarus and Kazakhstan is that the Russian Federation is the most important sales market for the Moldovan producers. Actually,the available statistics reveal that this argument is false.
During the past few years, the European Union has been the main sales market for Moldovan products and since 2006 it has constantly surpassed the CIS market. Thus, as of the end of 2012, 45.7% of total exports were directed to EU, while CIS attracted 40.5% .
Indeed, the break-down by countries confirms that Moldova’s most important trade partner for exports is the Russian Federation (30.3% of exports in 2012). However, about two thirds of these exports are actually re-exports. Unlike re-exports to EU or Turkey, consisting mainly of outward processing transactions , the re-exports to the Russian Federation generate neither employment, nor economic development because they do not envisage intense processing activities. In fact, a large share of these re-exports are operated by residents from free economic zones, who manage to change the tariff positions of the imported products and then export them to the Russian Federation with the origin of the Republic of Moldova.
For example, about 96% of pharmaceutical product exports and 41% of fresh fruit exports, accounting for about one fourth of the Moldovan exports to the Russian Federation (2012) are actually re-exports . At the same time, if we analyse „pure exports” that involve goods produced in the Republic of Moldova, the share of the Russian Federation goes down to 17.5% of total exports, whereas the main sales market is Romania (19.5%).

Myth busted: The Russian market is important, but not crucial for the Moldovan economy. Moreover, according to econometric estimations, the economical fluctuations from EU have about twice longerimpact on the Moldovan economy than the fluctuations from CIS area . At the same time, based on a gravity model for the foreign trade of the Republic of Moldova we conclude that during 2010-2012 Moldovan exporting companies have become more deeply anchored in the European Union compared to 2007-2009 .

Myth #2: By signing the Association Agreement with EU, Moldova will lose the CIS market

Myth busted: The Association Agreement with EU will create the necessary preconditions for diversification of the sales markets of local producers and does not imply the risk of losing other markets. Obviously, on a short term there is a risk that the Russian Federation will apply some restrictions on the import of wine, fruits or other Moldovan products. Nevertheless, they will not last long, as they have a political motivation, as well the WTO Arbitration can be used, where such practices can be contested anytime . Last but not least, the impact of such restrictions tends to decrease over time, as producers redirect towards other markets. The wine embargo applied in 2006 is a relevant example in this case.

Myth #3:The economy of the Eastern rayons of the Republic of Moldova will suffer after signing the Association Agreement with EU

It is true that signing the Association Agreement with EU could entail a series of costs for the Transnistrian region. The major risks relate to the removal of custom tariffs applied by the authorities of this region that currently average at about 7.3% compared to 4.6% applied on the rest of the territory of Moldova. Subsequently the tariff policy liberalization could cause the reduction of budgetary incomes by about 6%-10% and expose local companies to a major competitive shock.
Nevertheless, econometric estimations of EXPERT-GRUP and other international organizations reflect that the benefits of signing will exceed substantially the mentioned costs. The main advantages refer to:
(i) Widening the access of the most important producers from the Transnistrian region to the EU market that currently absorbs about 45% of exports operated by companies from this region;
(ii) Cheapening of raw materials imported by companies from the Transnistrian region and as a result, fostering of their competitiveness;
(iii) Diminishing the non-tariff barriers on the EU market after implementing the minimum quality standards;
(iv) Improving the business climate in the region and as a result, stimulating the investment activity.

Myth busted: Despite the existing costs and risks, the enlargement of export opportunities and improvement of business climate will contribute with 3-5% to the long term growth of the regional economy.

Myth #4:Signing the Association Agreement with EU will „ruin the domestic producer”
This myth is fueled by the need to remove Moldova’s custom tariffs on imports from EU and Turkey, which could expose the domestic producers to a fierce competition with the imported goods. However, this argument is false both technically and conceptually.
Technically, Moldova’s tariff policy is already relatively liberalized, the highest custom tariffs being applied on agricultural products, for which transition periods of up to 10 years are provided. Therefore, the Association Agreement will not oblige the Chisinau authorities to remove immediately the custom tariffs, but will offer a sufficient extent of time to allow local companies to modernize and produce more efficiently and with higher quality. At the same time, trade liberalization will allow the most competitive companies to extend their businesses. Thus, according to econometric estimations, different industries are to grow by rates varying from 3 to 21%, exports- by 11.3% and the country’s Gross Domestic Product - by 6.4% .
Conceptually, authorities have to be more concerned about the local consumer rather than local producer. Currently under the guise of „protecting the domesticproducer” different companies manage to lobby for protectionist custom tariffs. But the cost of such measures is paid by consumers through higher prices and lower products quality. This issue is particularly relevant for the agricultural and food industry. The Association Agreement will adjust the balance in favour of consumers, by assuring a fair competition among producers and clear quality standards. According to EXPERT-GRUP estimations, as a result of the trade liberalization with EU, the prices for consumer goods are to decrease by 9% for clothing, by 3.3% for textiles, by 7.1% for oils and vegetal and animal fats, by 3.4% for vegetables and fruits and by 2.1% for alcoholic and soft beverages . This will allow increasing household consumption expenditure by approximately 7.8%.

Myth busted: It is true that producers turning out to be uncompetitive will be forced to leave the market. But in such way they will make room for other companies capable to produce more efficiently and with higher quality. At the same time, the competitive risk will be mitigated by long transition periods for the most sensitive sectors (for example the agricultural and food sector). Instead, most industries will have benefits and exports will increase. Consumers will have access to a wider range of higher quality and cheaper products.

Myth busted: Signing and implementing the Association Agreement creates the necessary conditions for a deeper integration in the EU space, but does not expressly grant to Moldova the EU candidate status. Clear perspectives regarding EU accession will appear once a series of systemic reforms are implemented with the view to modernize the justice system, to essentially scale down the corruption in all fields and at all levels and assure a truly friendly business climate. This depends strictly on the political will and the capacities of local decision makers. Nevertheless, implementing the Association Agreement represents an important precondition in this respect.

As a conclusion, we reiterate that the Association Agreement with EU will not „ruin the local producer”, will not cause a collapse for the Transnistrian economy, will not lead to the loss of the CIS market by Moldovan exporters nor it entails our country’s accession to EU and NATO. Instead, a proper implementation of this Agreement will assure economic growth on both banks of the NistruRiver, fuelled by exports’ diversification and increase in consumption and investments. Last, but not least, the Agreement establishes a set of standards and game rules that already work in other European countries, which are compatible with the objective of country modernization.

This material is elaborated by the Independent Think-Tank EXPERT-GRUP with support of “Open Society Institute” Foundation, under the institutional support project for 2013/2014. Statements and conclusions from this document belong to the authors and do not necessarily reflect the sponsor’s position or opinions.

[1]Barometer of Public Opinion (April, 2013): “If they had to chose at a referendum whether the Republic of Moldova should join the European Union or the Customs Union (Russia - Belarus - Kazakhstan):  19% would vote for accession to EU, 17% - for accession to CU, 52% did not answer, 10% stated they were undecided and 2% stated that they would not participate”.

VoxPopuli Survey (November 2013): “If next Sunday a referendum on the accession option of the Republic of Moldova took place, 42% of respondents would opt for the European Union, and 38% - for the Euroasian Union.”

[6]A. Lupușor (2013): "Could the Falling Moldovan Exports to EU in 2012 Affect the Negotiations on the Deep and Comprehensive Free Trade Area?”, EXPERT-GRUP, http://www.expert-grup.org/ro/biblioteca/item/710-poate-oare-reducerea-exporturilor-moldovei-spre-ue-din-2012-s%C4%83-afecteze-procesul-de-negocieri-pentru-crearea-zonei-de-liber-schimb-aprofundat-%C8%99i-cuprinz%C4%83tor?-prognoze-pentru-2013

[9] "The Impact of the EU-Moldova DCFTA on the Transnistrian Economy: Quantitative Assessment under Three Scenarios” (2013), BE Berlin Economics Gmbh, http://get-moldau.de/download/policypapers/2013/2013.06.04_DCFTA%20Transnistria_en.pdf