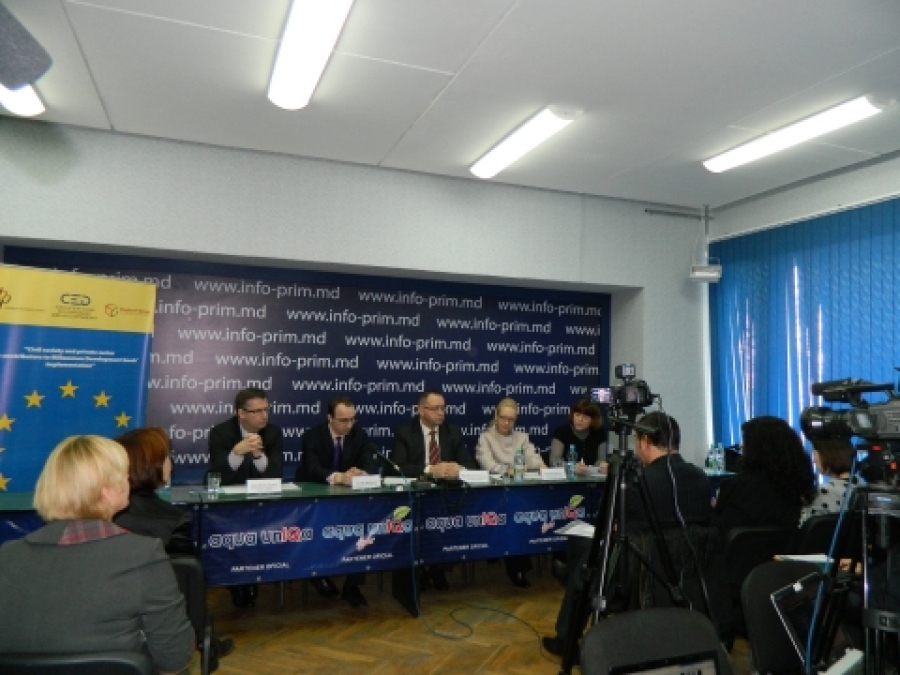 The project “Civil society and private sector as contributors to Millennium Development Goals` implementation” is financed by the European Commission to the tune of 145 000 Euro. The project will be implemented by Center for Economic Development (Bulgaria) in partnership with the Institute for Public Policy and Independent Analytical Centre Expert Grup (Moldova).

The project aims to increase the capacities of civil society organizations and private sector representatives, defined as development actors by 2008 Accra Agenda for action and 2011 Busan Partnership for Effective Development Cooperation, to contribute more effectively to and promote the completion of MDG`s by the end of 2015.

There is a significant aspect about the project goals, and that is:
We will put our efforts, we believe successfully, to be of use to the Republic of Moldova, in assisting it to progress towards the Millennium Development Goals. The project essence is to bring together various groups in society: the NGO and private sectors, and state institutions, each one with its particular role the process.

The responsibilities for adopting and implementation of programs that will accelerate the country`s development are in formal terms within the responsibility of state institutions. Including the various groups of Moldovan society through the NGOs and the private sector in these efforts will not only bring national priorities to the next level, but will also create the preconditions for the successful implementation of democratic principles of governance in the Republic of Moldova.

We are planning to carry out:

The Project will be implemented in the following areas:
Cities located in Chisinau municipality, Northern, Central, Southern Moldova and Transnistria.