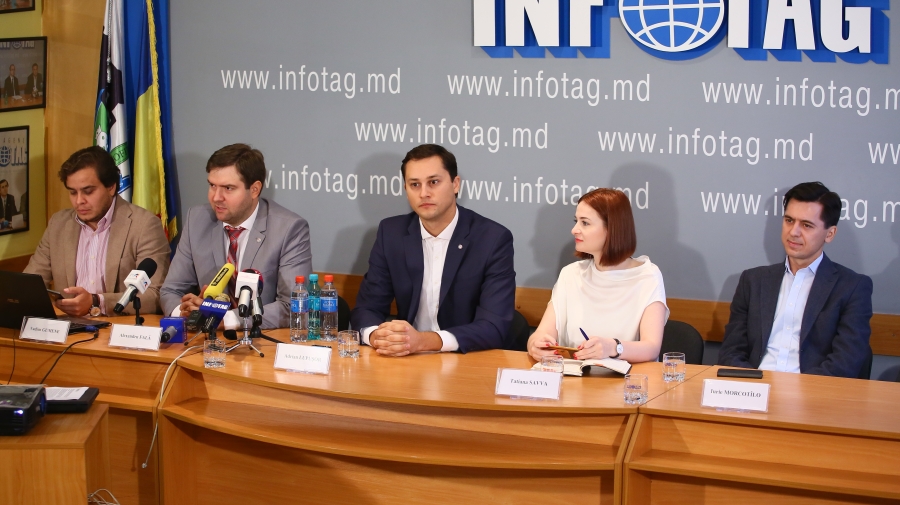 On 20 September, the Independent Think-Tank Expert-Grup launched, at a press conference, the new issue of "Real Economy" - a brief quarterly review of the Moldovan economy. One of the main conclusions, stated in the publication, reveals the risks to the country’s economy, posed by the initiatives with electoral flavour, recently launched by the Government.

Adrian Lupusor, Executive Director of the Independent Think-Tank Expert-Grup, stated during the launching event that "Extending "Prima Casa" program to cover public officials and families with children requires that budgetary funds are allocated in order to guarantee the mortgages, while the tax reform will imply losses in 2018-2019 of about MDL 1.8 billion to the state social insurance budget and MDL 600 million to the state budget. Due to these initiatives, promoted in a year when the majority of foreign financial assistance was suspended and the budget deficit is rising, we can expect that after elections the government will resort to measures aimed at compensating for the respective losses, including budget austerity, more severe tax controls and/or higher taxes. In addition, to cover the budget deficit, the Government will most likely issue more Government securities in order to borrow from banks. As a result, the competition with the private sector for bank resources will increase, which will lead to crowding out of private investments".

Other factors that could undermine the economic growth this year will be the decline in precipitations compared to the previous year, as well as the strengthening of the national currency, which had appreciated by about 14.8% from January to August. The climate conditions will affect both vegetables and autumn crops, as well as the dynamics of the agricultural sector as a whole, and a stronger leu will affect the consumption of households receiving transfers from abroad due to the lower real purchasing power of remittances. These trends were confirmed by the evolution of the Early Warning Index (EWI) - aggregate indicator developed by Expert-Grup, which anticipates the trends of the national economy. According to EWI, although the economic growth remains positive, risks that could jeopardize the growth persist. Overall, due to electoral policies (especially, growth in public investments) and low comparison base (in the case of private investments, agriculture and industry), the Gross Domestic Product could post a dynamic growth of 5% in 2018 followed by a 3.4-4.0% in 2019. Nevertheless, this growth will keep the Moldovan economic well below its potential.

The September issue of "Real Economy" provides comments on the main initiatives launched by the Government and Parliament. The experts also commented on the evolution of exports, now that four years have passed since the provisional implementation of the Agreement establishing the DCFTA. According to Vadim Gumene, program director at Expert-Grup and co-author of the publication, "Moldova’s exports to EU increased by 22% in the first three years of DCFTA implementation, this trend also continued in 2018. After the first half of the year, exports to the EU increased by 38.1% compared to the same period last year. In addition, EU has strengthened its position as the most important sales market for Moldovan exporters: with 68.5% of the Moldovan exports of goods after the first half of 2018, which points on the positive impact of DCFTA on the Moldovan economy”.

Access the main messages of "Real Economy" in an interactive format, accessing the support application.