Expert-Grup: The Republic of Moldova is entering the “electoral marathon” unprepared from the economic and institutional point of view 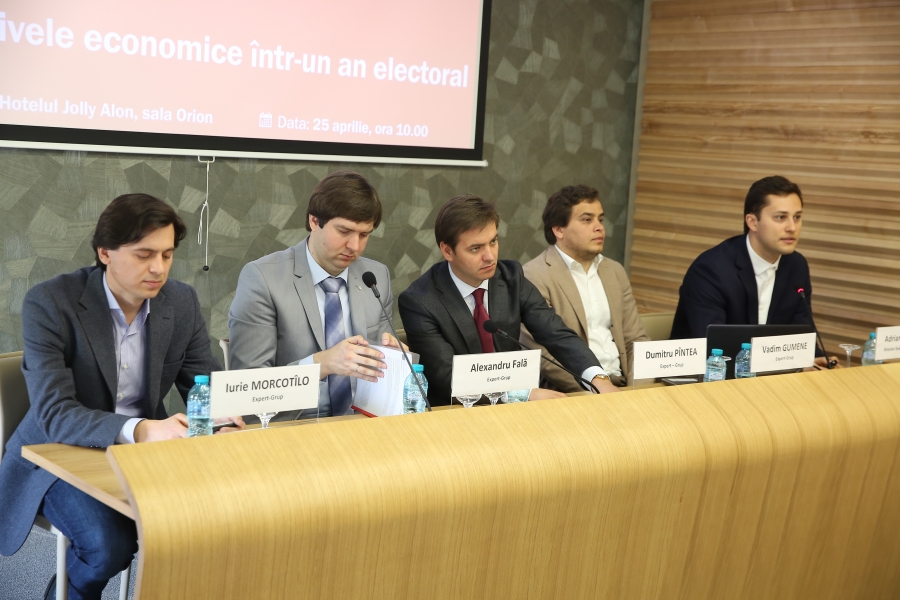 The electoral marathon Moldova has entered this year could easily turn into a major constraint for the national economy in the years to come – opinion voiced by the experts of the Independent Analytical Center “Expert-Grup” within the 18th edition of the MEGA biannual conference.

The modest growth rhythms the Moldovan economy is facing the future electoral years with will fuel a series of long-term economic risks, further hampering its convergence with the Central and Eastern European countries. Under these circumstances, this year’s economic growth will hover at around 5%, experts say.

According to Adrian Lupușor, Executive Director of “Expert–Grup” and co-author of the publication, “the analysis of the economic growth rates from the recent years indicates the stabilization of the Moldovan economy around an unfavourable equilibrium, marked by low growth rates. The population-aging phenomenon and the lack of private capital will further hinder the sustainable revival of the national economy, which will further undermine the potential GDP growth. In order to boost the economy to the optimal levels of 7-8%, the business climate improvement reforms should continue alongside with a series of policies that would increase investor confidence in the country and its economic prospects.”

Besides the electoral factors, experts are equally worried about the impact of the current structure of the budget expenditure on the economic growth. Over the last few years, the country’s public budget has become rather social and reactive to the phenomenon of population aging. At the same time, the share of productive budgetary expenditures shrank, undermining their impact on the economic development. Hence, public investments in infrastructure, medicine and education, which are leading to the quantitative and qualitative amplification of human and physical capital, have grown slower than those for social protection, so the need to fundamentally rethink the fiscal-budgetary policy becomes imperative for the sustainable development of the country.

The high level of fiscal disparity is another major constraint for the economic growth, which undermines the capacity of the budgeting instrument to contribute more actively to the development. This, along with the slowdown in labour productivity and wage growth, will limit the growth potential of the economy in the coming year.

In order to stimulate the long term economic growth up to optimal levels (7-8%) it is instrumental to ensure the quality of structural and institutional reforms. In 2018, virtually, all the ingredients of a qualitative economic growth will be available: tempered inflation, favorable agricultural year, external assistance that will lead to more public investments, increased liquidity in the banking system, more remittances, and a favorable external economic environment. These factors will ensure rapid economic growth only in the context of qualitative reforms that will improve the confidence of investors and public in the Government, and will therefore boost private investment activity. In this respect, the policy priorities for 2018 should be the public administration reform, reform of the strategic planning system, building capacity and ensuring a real independence for integrity and anticorruption institutions, strengthening institutional capacity in the area of implementation and monitoring of the EU Association Agreement, increasing the level of transparency and governance in the financial and banking sector, while the banking sector reforms must be carried out in parallel with the progress of investigations into bank frauds and the recovery of stolen money.