Expert-Grup: 2018 will bring positive economic growth, but it will be too slow on the background of major risks 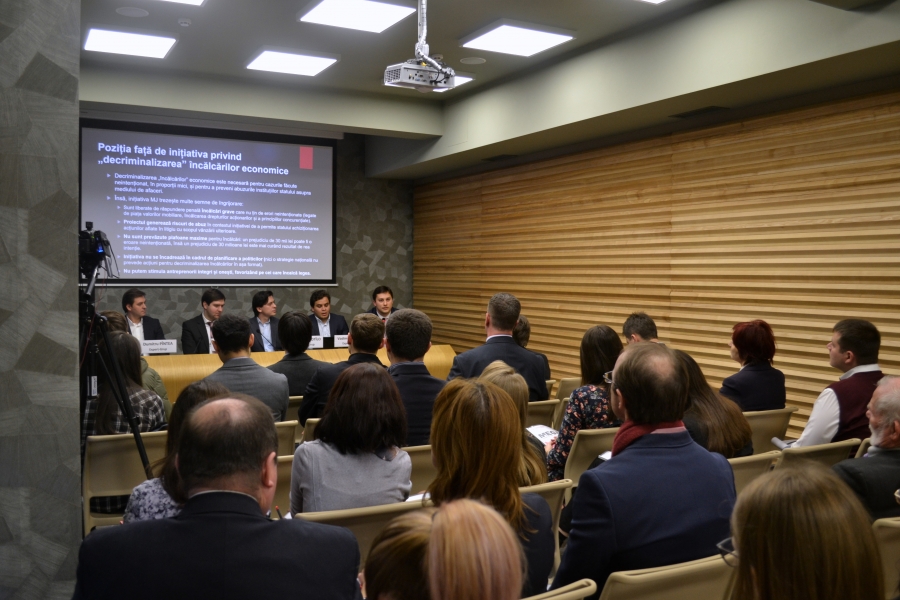 In the absence of sustainable development models, the Moldovan economy could grow in 2018 by only 4%, concluded the experts of the Independent Think Tank Expert-Grup during the XVIIth edition of the MEGA economic conference. According to analysts, the next year's economic growth will be based on the assumption that the agricultural year will be favourable, the external budget support will continue and the household consumption will grow. However, the forecast reveals as well a number of concerns related to the competitiveness of the economy and the uncertainty regarding the 2018 parliamentary elections, that could affect the business investment decisions with eventual repercussions on bank lending.

Experts repeatedly reiterated the need to rethink Moldova's economic growth model by implementing systemic reforms, that will impact the quality and the dynamics of the economic growth in the coming years. To this end, improving the competitiveness of the Moldovan economy must continue to be a key priority for the authorities.

Moldova is constantly losing the competition in the region for sales markets and foreign direct investments (FDI): the share of exports in GDP and levels of FDI per capita are the lowest compared to countries in Central and Eastern Europe. Moreover, Moldova is also losing the competition for its own labour force: the number of emigrants with higher education increased in 2017. Thus, the authors of the study argue that, in the absence of substantial improvements in the critical areas of development, Moldova will face more and more constraints in ensuring its economic growth.

The authors of the study warn as well about a series of risks, that could camouflate the slow pace of the reforms, with the approaching Parliamentary elections. One of these is the risk of political pressure on the budgetary-fiscal and monetary policies, through pr-electoral administrative interventions such as higher salaries, social benefits or public investments, or even a more relaxed monetary policy in order to boost the lending activity. These could significantly destabilize the public finance system and augment the inflationary risks, undermining the economic growth.

As solutions, the experts reiterate the need of reforming the institutional framework, which would ensure strengthening the rule of law and fighting corruption. Equally important is improving the business environment, focusing on the needs of small and medium-sized enterprises, which are usually the most vulnerable ones. Experts also recommend to improve the corporate governance in both banking and non-banking financial institutions, to fully implement the electronic public procurement mechanism, and to boost the reforms related to the implementation of the DCFTA commitments in order to fully benefit of the advantages offered by this commercial regime. Accordind to the experts, the implementation of these reforms is the only viable economic development strategy to be implemendet, regardless of the electoral cycle or the political color of the Government.