Great Ambitions - Limited Capacity: the Mid-term Evaluation of the Priority Reforms Roadmap Implementation by the Government and the Parliament 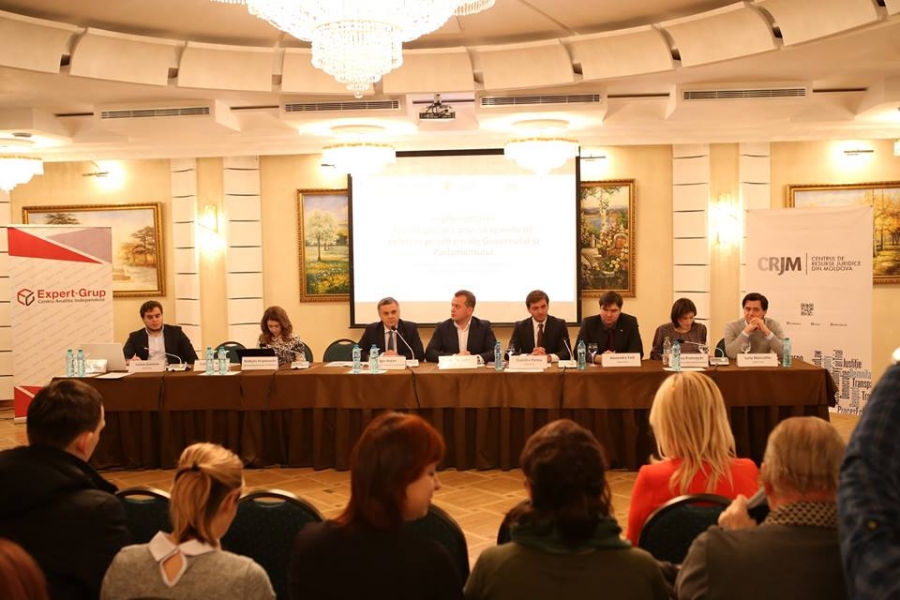 The Independent Analytic Centre ”Expert-Grup”, the Association for Participatory Democracy ”ADEPT”, and the Legal Resource Centre in Moldova, with the support of the USAID, have initiated the monitoring process of the Priority Reform Action Roadmap implementation. The aim of this exercise is to offer the public an independent opinion about the process of the reforms’ implementation by the Government and the Parliament and also increase the level of governance accountability. The mid-term evaluation is performed for the period between the date of signature of the document on July 5, 2017 until November 22, 2017. As stated by the authors of the document, it was designed to synchronize the efforts of both institutions to implement a series of urgent commitments under the EU-Moldova Association Agreement, as well as to expedite some reforms to strengthen relations with the International Monetary Fund and other development partners.

As a matter of fact, the Roadmap aims to strengthen the confidence of development partners and the citizens in government by promoting a number of priority policies in two core areas: (i) development of good governance and rule of law, with a focus on the public administration reform, justice and anti-corruption; and fundamental rights and freedoms; and (ii) economic development and ensuring a functioning market economy, with a focus on the governance of the financial and banking sector; investment and business climate; agriculture and food safety; education, culture, science; and social programmes.

Although the authorities have been fully engaged in implementing the Priority Reform Action Roadmap, there are multiple delays in the process and numerous concerns in terms of content and procedure. Of those 51 actions covered by the Roadmap, 26 were planned for the monitored period (July - November), of which only 11 were implemented, while others are still under implementation. Furthermore, of those 11 implemented actions, 4 were rated as "implemented with concerns", while reasons ranged from non-observance of the decision-making transparency to content issues requiring substantial improvements. The main reasons for breaking deadlines are too ambitious timelines, as well as public administration reform that temporarily affected the pace of reforms in general and the implementation of measures set out in the Roadmap in particular.

Referring to the specific actions in each category, the following results can be mentioned:

• In the field of Public Administration Reform, of the 6 monitored actions, 2 actions were implemented with concerns, 3 actions are in negative progress and 1 action is in positive progress.

• In the field of Justice and Anti-Corruption, of those 10 monitored actions, 8 are in positive progress, and 2 are in negative progress.

• In the field of Fundamental Rights and Freedoms, of the 9 monitored actions, 5 are in positive progress, 3 are in negative progress and 1 implemented without concerns.

• In the field of Governance in the Financial and Banking Sector, of the 8 actions monitored, 2 were implemented without concerns, 5 are in positive progress and 1 is in negative progress.

• In the field of Agriculture and Food Safety both monitored actions are in positive progress.

• In the field of Education, Culture, Science of the 4 monitored actions, 1 was implemented with concerns and 3 are in positive progress.