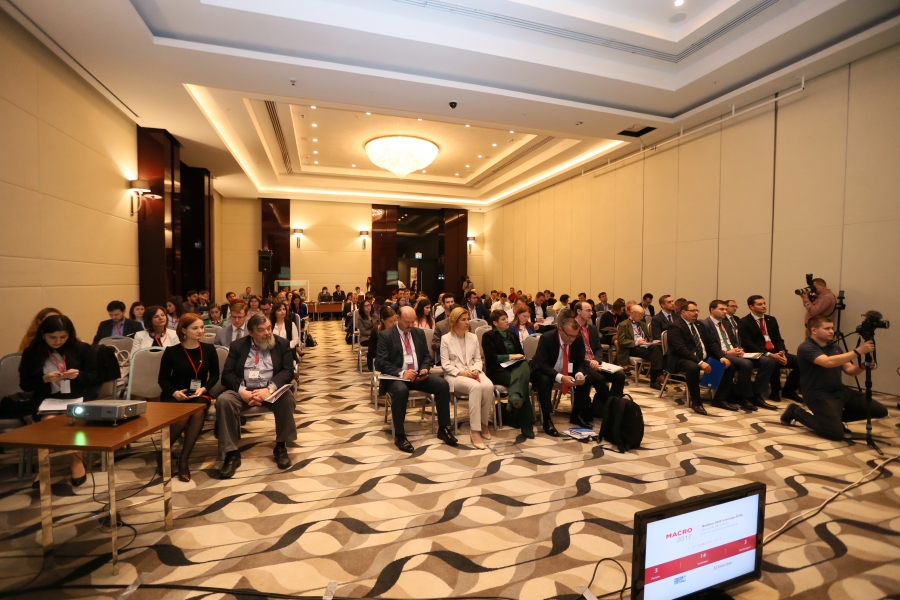 State of the Country Report 2017 is a comprehensive analysis of the economic, social and political situation in the Republic of Moldova developed on an annual basis by the Independent Think-Tank Expert-Grup in partnership with the Friedrich-Ebert-Stiftung Moldova. According to Adrian Lupușor, co-author of the study and executive director of the Independent Think-Tank Expert-Grup, the objective of the 2017edition of the State of the Country Report is to analyse the development gaps between the Republic of Moldova and East and Central European countries and provide recommendations as how to overcome those gaps.

The exacerbating internal systemic vulnerabilities and missed export opportunities alongside with other problems of the informal employment, the quality of human capital, as well as the tendencies of the non-observed economy, have distanced even more the Republic of Moldova from the EU countries, including the Central and East European countries, members of the EU. The above-mentioned challenges fundamentally undermine the development prospects of the Republic of Moldova. Because of economic discrepancies, the country’s competitiveness on the external markets is undermined, while the human capital is affected by social disparities and the economic/ financial capital-by governance challenges.

The main source of the country’s deve­lopment that underpins its com­petitiveness – its labour force – is continually being eroded. The Republic of Moldova is lo­sing its key competitive advantage that has, to date, al­lowed it to attract some strategic investments and unlock its export potential. Until now, industrial sector growth that had ensured about two-thirds of total exports of go­ods and investments was based, largely, on the high avai­lability of a cheap labour force. However, these advanta­ges are gradually dissipating. The main problems here are related to faster salary growth as compared to labour productivity (which is still quite low compared to the neighbouring countries), the emigration phenomenon and an edu­cational sector that does not meet the needs of the real sector. The failure to counteract these tendencies in the future would make Moldova defectively lose its key competitive advantage.

So far, the Government policies have not focused enou­gh on the main source that underpins the country’s long-term competitiveness-the country’s people. Therefore, the only way to achieve sustainable development is to introduce public policies which would be focused on people, especially those that refer to the private sector. Specifically, the development policies for the business environment should focus more on boosting entreprene­urial initiatives and developing small and medium-sized enterprises, fostering improved access to capital, ensu­ring a free competitive environment, promoting formal employment and encouraging the creation of decent jobs, as well as fundamentally reforming the educational system.

The reform of the public sector governance should remain the top priority and should be the starting point for other systemic reforms. This finding of the previous edition of the State of the Country Report remains valid nowadays. Thus, the public sector requires a comprehensive reform. Beside parametric adjustments related to optimisation of ministries or the number of civil servants, there is also a need for substantial and in-depth reforms. The public sector is vulnerable to influences from vested interests from both private and political circles which damaged the reputation of the public service and contributed to mass migration of many talented individuals from the public sector, which hinders reforms in other vital areas. Therefore, the authorities should urgently ensure the de-politicisation of the public service, rethinking the salary scales and other monetary and non-monetary mo­tivations which should be based on performance - being more attractive to professionals with integrity.