Expert-Grup: in 2017 the Moldovan economy will grow by 6%, but the growth factors are temporary 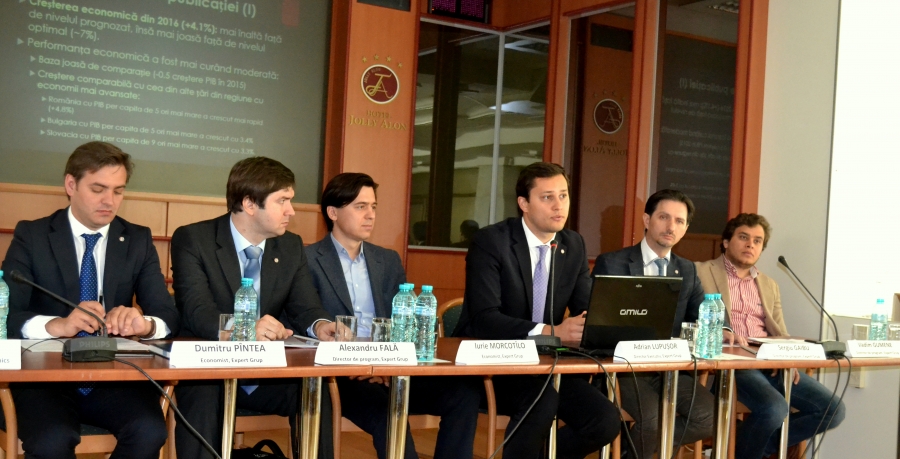 The XVIth edition of the economic magazine MEGA, brings back today, May 18, the issue of the economic growth of the Republic of Moldova. According to experts, in 2016 the country’s Gross Domestic Product increased by 4.1%, exceeding the forecasts. The evolution was mainly determined by the higher than expected increase in consumption and exports of goods and services, which grew quicker than imports. The main growth factor was the recovery of the agriculture after the 2015 drought, which was undermined by the slumps in investement and construction activities. All in all, the economy did not perform much better compared to the countries in Central and Eastern Europe with GDP per capita several times bigger compared to that of Moldova.

For 2017, the experts forecast an increase by 6% of the GDP, according to the baseline scenario, justified by the expected expansion in lending, revival in remittances and the resumption of funding for public investments. Even though, the economic growth remains rather unsustainable in the long-run, because the aforementioned factors are short-term.

The low competitiveness is the fundamental drawback that has affected the economic growth in Moldova during the past years. The wages growth at a higher pace than labour productivity, which puts major pressures on the private sector and generates strong stimuli for informal employment, especially in the agricultural sector, which accounts for about one third of the total employment.

The labour market trends reflect the unsustainable and non-qualitative nature of the economic growth. Though the quantitative indicators of the labour market improved in 2016, the increase in employment was accompanied by the decrease in the number of formal jobs, with severe consequences for the productivity and wage growth. As a result, the forecasted economic growth, most probably, will not translate into a similar growth of people’s wellbeing.

As a solution, the experts come up with a series of policy recommendations for the fundamental reform of the Moldovan economy. Thus, the Government should focus the entire set of economic policies on enhancing the labour productivity and competitiveness of the Moldovan economy. Particularly, the policies should give top priority to facilitating investments in fixed capital and human capital. This will augment exports, bring into equilibrium the trade balance and current account, increase the level of international reserves, decrease pressures on the national currency, increase people’s welfare and enhance he country’s resilience to external shoks. In order to increase the investments in fixed capital it is crucial to improve the institutional framework and business environment; in order to increase investments in the human capital it is necessary to open up the educational sector to private capital, increase tax incentives for private investments in human capital, promote the VET reform and enhance the accountability of managers of educational institutions.