Economic recovery of 2016-2017 – a sustainable path or iceberg effect? 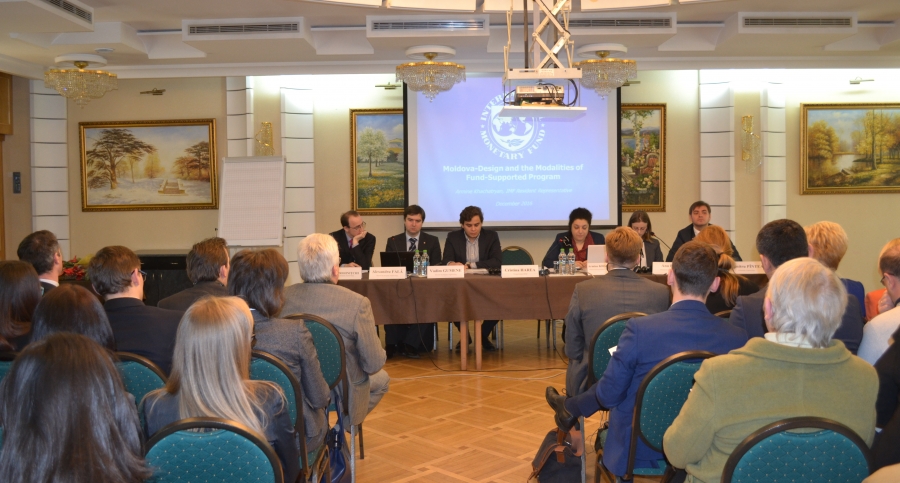 The Independent Think-Tank Expert-Grup is launching today, the 8th of December, the 15th edition of the MEGA, entitled "Economic recovery of 2016-2017 – a sustainable path or iceberg effect?". According to the experts, although the economic year 2016 was a more favorable one compared to 2015 and the forecast for 2016-2017 estimates an economic growth of about 3-4%, the competitiveness and sustainability of this growth remain to be the major challenges of the coming year.

In 2016, following the recession of 2015 (-0.5%), the Gross Domestic Product recorded a marginal recovery, estimated to about 3%, due to growth in the tertiary and agricultural sectors. On the other hand, the causes of the growth registered in both sectors have repercussions on its sustainability and competitiveness, considering that the tertiary sector has recovered due to the modest increase in consumption and the agriculture has registered compensatory growth after the drought of 2015.

Regarding the industrial sector, experts predict a certain revival, which will lead to a marginal enhancement of exports, as well as to a modest increase in investment activity considering the effects of easing the monetary policy and political stabilization (the postelectoral effect).

Adrian Lupușor, Executive Director of Expert-Grup and co-author of the publication, says: "The main immediate challenge consists in the risk that the economic policy makers could be misled by the economic trends, which look relatively good on the surface, but contain many worrying subtleties. Thus, despite the anticipated positive economic growth for 2017, the authorities should not increase the fiscal burden. They should, at the same time, ease the monetary policy more actively and be very cautious in promoting fiscal austerity".

As to the medium and long-term challenges, the authors warn about the low level of labor productivity, which undermines the competitiveness of the Moldovan economy, both in terms of labor price and quality, leading in its turn to the country's inability to fully harness the potential of the DCFTA with the EU. On the long term, the balance of payments deficit, aggravated by the high level of external debt (which is almost equivalent to the GDP) and by the modest inflows of foreign direct investment (Moldova traditionally holds the lowest positions in Europe by FDI per capita) entails risks for the country's macroeconomic stability.

As a solution, the authors recommend balancing the current account deficit and stimulating investment by removing the top 3 barriers to foreign investors (i) corruption; (ii) policy instability and (iii) political instability. These can be removed by long-term consolidated efforts, based entirely on a firm political will. In this regard, the authorities should accelerate (and to some extent unblock) the judicial reform and implement an efficient reform of the public administration. Developing a transparent and professional civil service, centered on the interests of the people and the business environment, supported by an incorruptible judiciary system, are the main factors that will boost investment activity in the Republic of Moldova, producing the necessary effects on labor productivity, on the country's competitiveness, as well as on the sustainability of the model of economic growth.